Phytotron Facility Duke University: Established in 1968 with funds from Duke and the National Science Foundation (NSF), the Phytotron is a controlled environment research facility designed by leading scientists and located on the Duke University campus housing plant growth chambers, controlled greenhouses, and associated instrumentation and laboratories. The facility houses 68 plant growth chambers and six controlled greenhouses for a total of over 490 square meters of growing space. faulkner edc’s Tommy Faulkner, while working internally as Duke’s Owner’s Representative, was asked to analyze why the structure was settling greater than had been anticipated. After review of the sub surface conditions and the symptoms observed within the structure, it was determined that a soft clay layer existed below the foundation for approximately one third of the building. Tommy managed the installation of helical-piles which were used to then “jack” the building up into place (to minimize the perceived differential settlement). No further unanticipated settlement has occurred since the repairs were made. 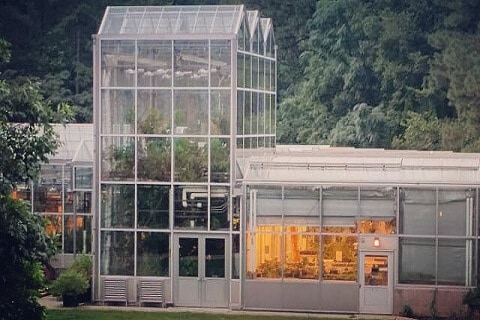